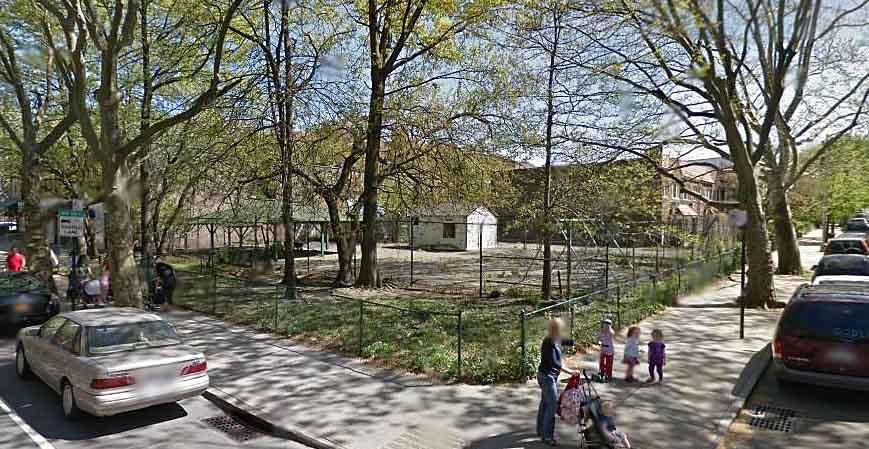 We’re on track for a public garden park at the border of Woodside and Sunnyside.

Since 2009, dedicated neighbors have worked together in a variety of ways to save the parkland at 39th Avenue and 50th Street and create a green environment that’s open to the public. Through 2012, we sought private funds to buy and create a garden park, establishing a wide consensus (for example, see here). In 2013, we defended against a proposal to develop the property, winning a unanimous decision at the Landmarks Preservation Commission. In 2016, the New York City Council allocated capital funds for an acquisition by the City’s Parks Department. The acquisition process is now complete, with Community Board 2 having twice expressed unanimous support of a passive garden park on the site. If successful, this park will provide a marvelous addition of green space that is so much in demand in Western Queens.

This corner lot has special resonance within the Sunnyside Gardens Historic District. The land was purchased by the City Housing Corporation in 1924 when principal architect Clarence S. Stein and his colleagues began to design Sunnyside Gardens. Completing the planned community in 1928, City Housing sold the property to Phipps Houses, which built Phipps Garden Apartments, where Clarence Stein was again the architect. This site was designed as Stein completed work for Phipps in 1935, and its two historic park buildings survive as witnesses. Stein’s landscape architect was Marjorie Sewell Cautley, and the “Cautley Grove” of mature oak trees graces the 39th Avenue length of the site.

At the top of this page, Google’s high-angle street view beckons us into this quarter-acre that for half a century was the “outdoor nursery” for young children in day care at Phipps Garden Apartments. Below, a photo from the late 1930s locates the two iconic Reform Era playground buildings that stand today, the largest ensemble of such structures in New York City: At the left edge is the open-air pavilion that shelters from sun and rain; at the right edge, behind the tall privet, is the little white house that once included toddlers’ bathrooms and might now become a local garden history center. Thanks to Kay Grimshaw, courtesy of Gerry Perrin. 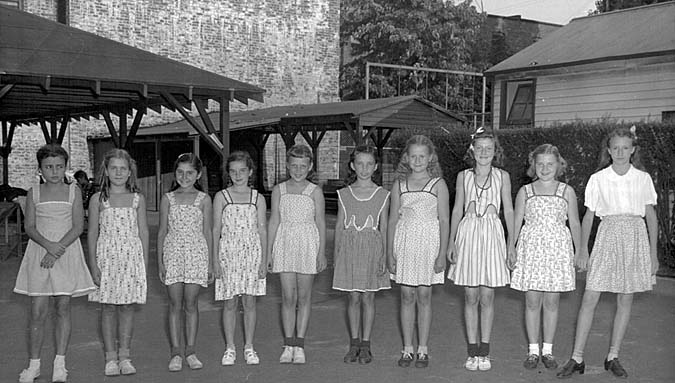 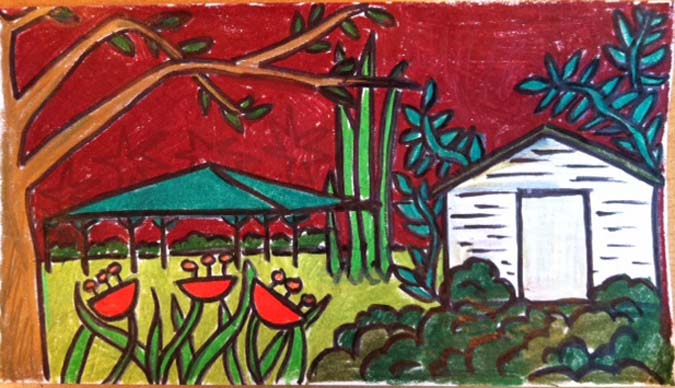 Above, Sunnyside artist Ann Cofta envisions the historic buildings in a garden-park-to-be.


Our Stein – Cautley Garden Park Friends advocate a passive garden park, preserving the historic park structures and planted to attract native birds and butterflies, with fully accessible pathways and benches: a tranquil repose to wander through, sit, and enjoy nature. This use will be intergenerational and environmentally beneficial for all visitors, with special consideration for our elders and the disabled, who are not comfortably accommodated in the four large, existing playgrounds within a 10-minute walk of this location.

You, too, can help. E-mail us at Neighborhood@SunnysideGardens.us, and we’ll keep you informed of our Friends movement. Then take some time to view other photos of the historic outdoor nursery on our History page.

Below, in August 2016, our Friends group staged our first Rummage Rally at the site, enhancing public awareness and enlisting dozens of new park supporters. Photos by Erin Williams, courtesy of Jeremy Ritz. 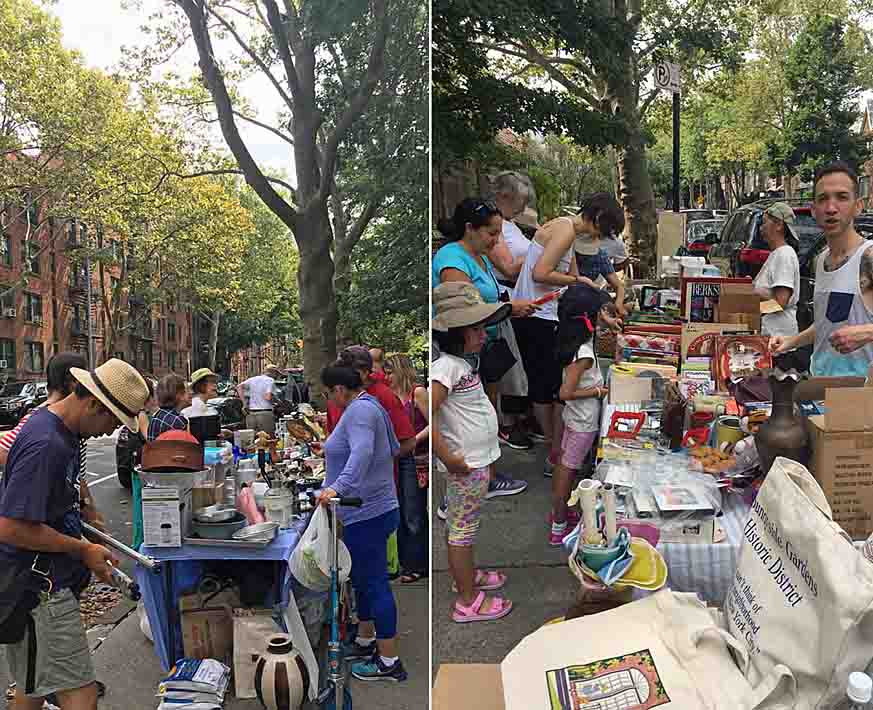