“Wouldn’t this building make a perfect school, where children will be learning in a building that speaks the same architectural language as the homes in Sunnyside Gardens and Phipps Garden Apartments, which Stein also designed.” — Barry Lewis, architectural historian.  Below, Clarence Stein’s Sunnyside Community Garage, as shown in  Sunnyside Gardens, A Home Community, published by the City Housing Corporation. 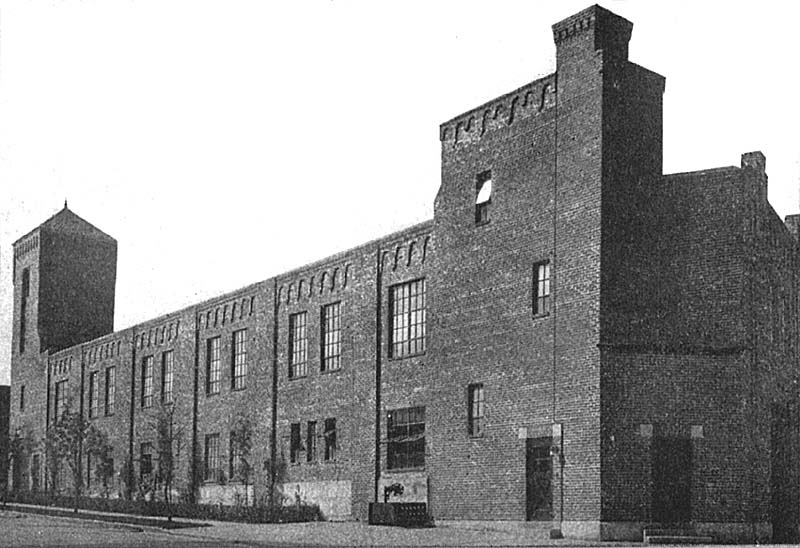 Our resolution is firm as we lead the call for the restoration of an irreplaceable building by Clarence Stein within the Sunnyside Gardens National Register Historic District.

The opportunity to restore Stein’s Sunnyside Community Garage (1927) arrived in the fall of 2016, with a proposal for a new middle school on the site of Stein’s unique structure on 48th Street across from Sunnyside Park. The foremost preservation need within the Sunnyside Gardens planned community, the building is listed on the State and National Register of Historic Places, a signature design by the chief architect of Sunnyside Gardens. Yet Lorraine Grillo, the head of the New York City School Construction Authority, was initially quoted by the Sunnyside Post as saying she intended to demolish it. 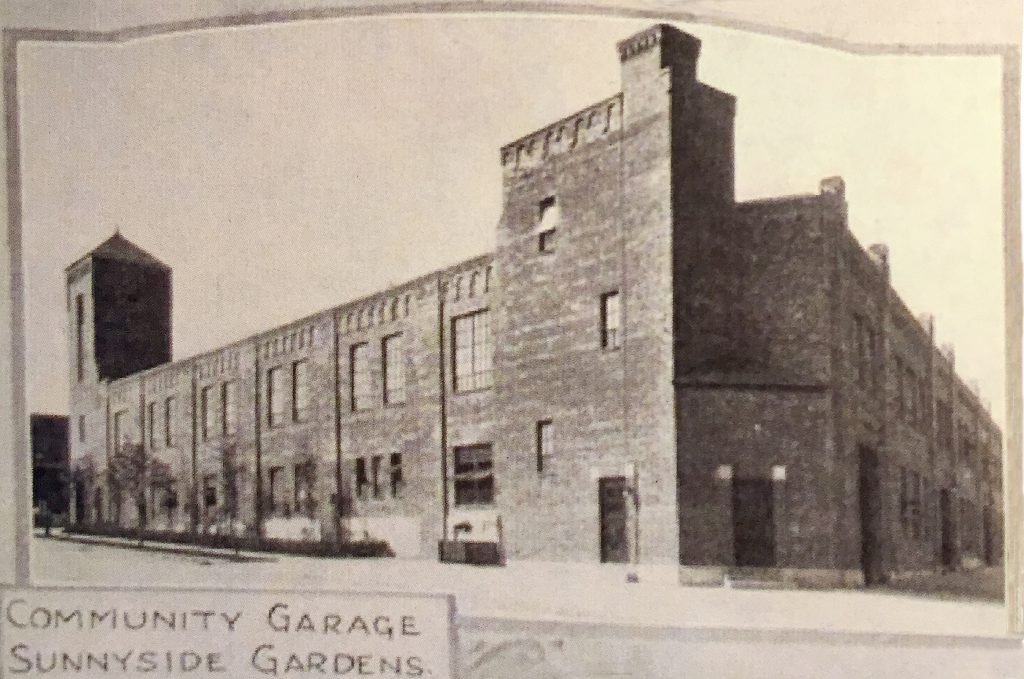 Above, an added glimpse of the north elevation along Barnett Avenue appeared in the Queensborough Chamber of Commerce’s award brochure (January 1929), announcing the building’s First Prize; courtesy of Thomas J. Campanella.

A new school can remedy the neglect this award-winning building has suffered in recent decades, and a restoration of the façades is the practical solution to make everyone happiest. Architectural and construction professionals tell us the decision is obvious: To restore Stein’s work and re-use it, rather than destroying it and building from scratch, is an environmental imperative, avoiding waste and planning a sustainable future for generations of children to come. Our best estimate for complete restoration is a small fraction of the overall budget for the school, and the restoration might even reduce total construction costs. Above all, respecting history and the obligation to preserve Stein’s legacy will prevent the unconscionable historic and environmental calamity of demolishing such a massive structure. We take heart that other City agencies and private developers have often adapted buildings that once looked unsalvageable but are now vital parts of their communities.

In agreement with parents who led the campaign for a new school, we have rallied supporters from the widest community (locally, across North America, and from Asia to Europe), who submitted hundreds of public comments to say, “Restore, Don’t Destroy Clarence Stein’s National Register Masterpiece.” Community Board 2 concurred, recommending a preservation architecture firm be considered to direct the re-construction.

To join us in advocating for the preservation of this building and other parts of the historic district, send us an e-mail to Info@SunnysideGardens.us. We’ll keep you updated on our progress.

Below, Clarence Stein at 90 in 1972. He had recently received the Gold Medal for lifetime achievement from the American Institute of Architects and was praised by Ada Louise Huxtable in the New York Times. (For a portrait of the young Mr. Stein, taken the year this building won the award as one of the finest in Queens, see our History page.) If he were with us today, he could join the appeal to restore his tower (right) that was lost to fire around 1950. Rebuilding it would be worthy of an architectural preservation award. Farther below, Stein’s south façade, planted with deciduous ivy, is the perfect backdrop for the most beautiful row of private gardens in the Historic District. These, too, are at risk without a sensitive restoration of his building. 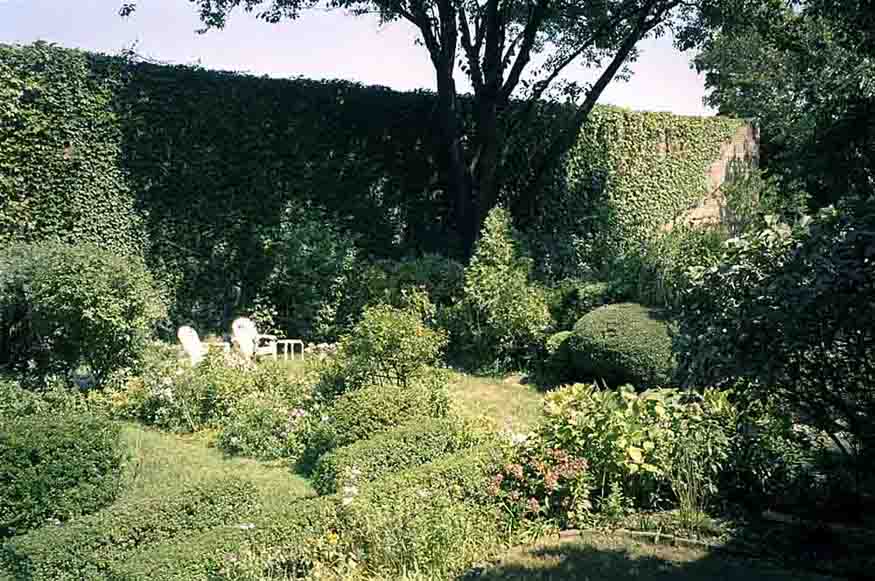