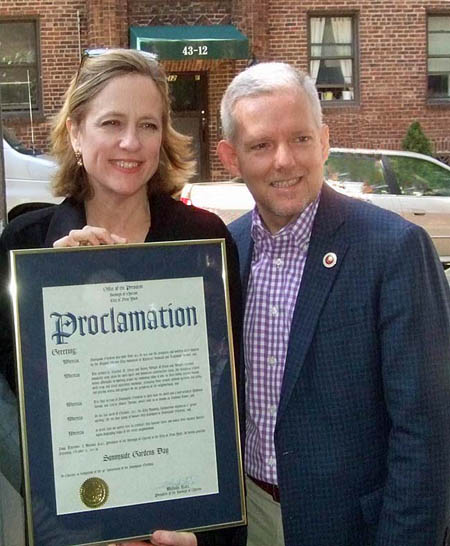 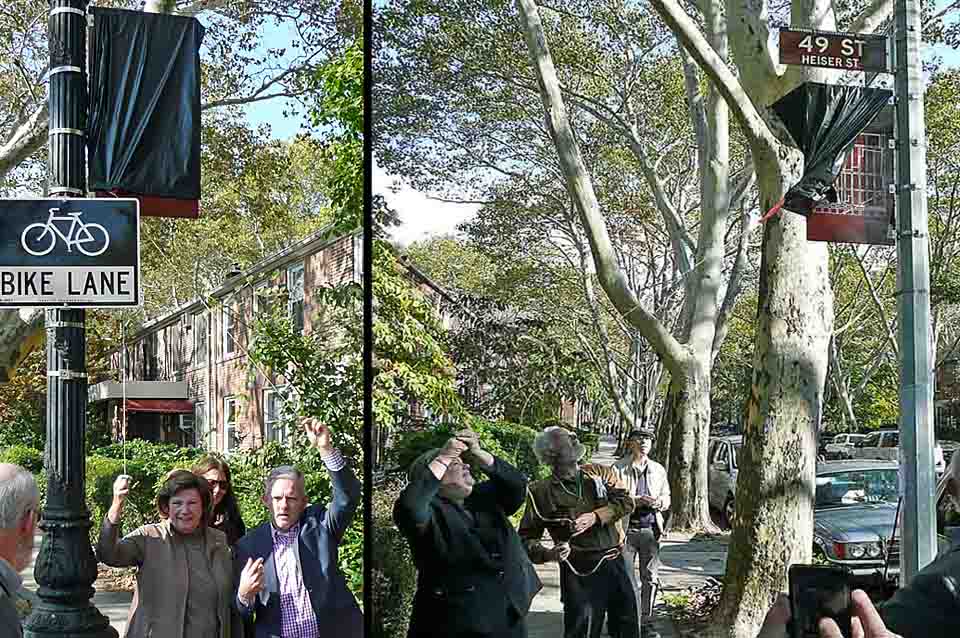 In the last week of October, 1924, the City Housing Corporation had organized a “grand opening” for the first group of houses they developed in Sunnyside Gardens. Advocates for affordable housing and New York City officials joined in to applaud the start of a new kind of neighborhood.

The very first Sunnyside Gardens owners had begun to move in at the beginning of September 1924. The New York Times reported that the first house sold was 41-49 47th (Carolin) Street, the choice of an attorney from Park Slope, Brooklyn. An indication of quality was that at least two buyers were associated with the builders of City Housing, one on its Advisory Board, the other a supervisor of the construction work.

Other first residents included a merchant from 43rd Street in Long Island City, a mechanic from the Bronx, a designer for “a widely known Manhattan firm,” and a woman whose relatives would live upstairs in her two-family house. She was leaving Third Avenue near 50th Street, “delighted to find a home so cheap in a country setting and at the same time so near the city.” House prices ranged from $8500 to $13,500.

This first section of Sunnyside Gardens to open was the block and a half between Skillman and 43rd (Foster) Avenues, which came to be known as Colonial Court. It consisted of 8 one-family houses, 40 two-family houses, 6 co-op apartment buildings, and a large central park in the middle of the block between 47th and 48th Streets. Less than 30% of the land was built upon, with all wiring laid underground and garage parking removed beyond one end of the block.

Even as the first group of housing was opened for sale, planning was well underway for the next year’s group. 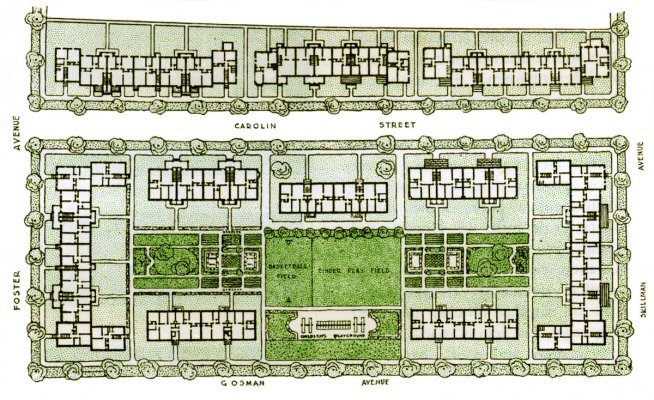 Above, Henry Wright’s planned 28% footprint for the “First Unit” in Sunnyside Gardens (Colonial Court; the right side of this map faces north). Instead of symmetrical center flower gardens, however, the developers gave residents a tennis court on the south side. Below, To cap the festivities, cake and champagne rewarded every celebrant. We owe special thanks to Councilman Van Bramer for his contribution to the reception. 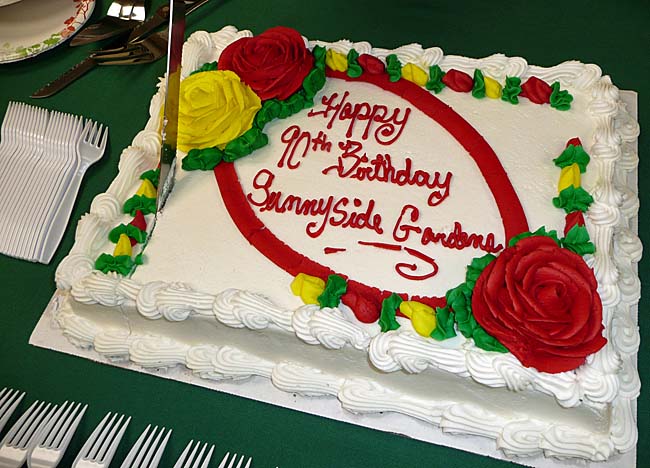