Shortly after the Nazis seized power in Austria in 1938, two sisters escaped with their families, settled in Sunnyside Gardens, and reinvented their careers. Our National Register Plaque Program honored each of them with historic markers on the homes they lived in. Adding to our knowledge and admiration of these women, the Sunnyside Reformed Church hosted 2 plays and an evening of films. 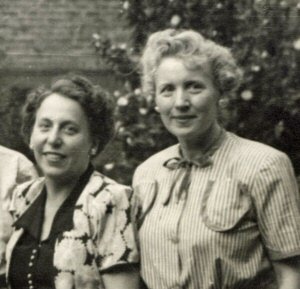 Sisters Elizabeth Polk and Lilia Skala (left and right) at a family gathering in the Skala rear garden in Harrison Place, about 1945. Courtesy of Martin Skala.

Elizabeth Polk became a pioneer in the profession of dance therapy when, in her 50s, she branched out from giving dance lessons in her 46th Street basement to work with deaf, emotionally disturbed, and disabled children, making inventive use of props like balloons and lighted candles to inspire rhythm and movement. Recipient of the American Dance Therapy Association’s lifetime achievement award at the age of 93, she lived in Washington Court over half a century, to within months of her 100th birthday. 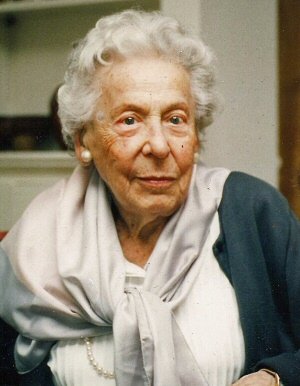 Lilia Skala, her elder sister, was the first woman licensed as an architect in Austria, but her passion was to act. Emigrating to America, she left behind plays, films, and her native language. During her years on 49th Street in Harrison Place, she reëstablished herself as a character actor in dramatic and occasional comic roles, making her Broadway, Hollywood, radio, and television debuts. In a tireless career spanning a full 6 decades, she performed in more than 150 works in TV, movies, radio, and the theater. 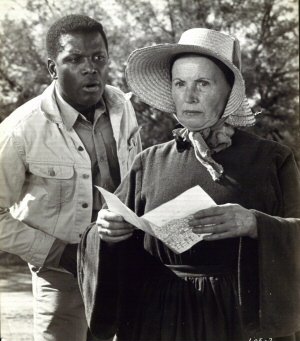 One of Lilia Skala’s most admired performances is the Mother Superior in Lilies of the Field, with Sidney Poitier (1963, directed by Ralph Nelson). From Lilia Skala’s personal collection, courtesy of Libby Skala.

In association with the plaques, Libby Skala, acclaimed actor and playwright, performed her play Lilia!, about her grandmother, and A Time to Dance, about her great aunt, Elizabeth Polk. To learn more, see photos and videos, and download the programs, click on the title of each play. 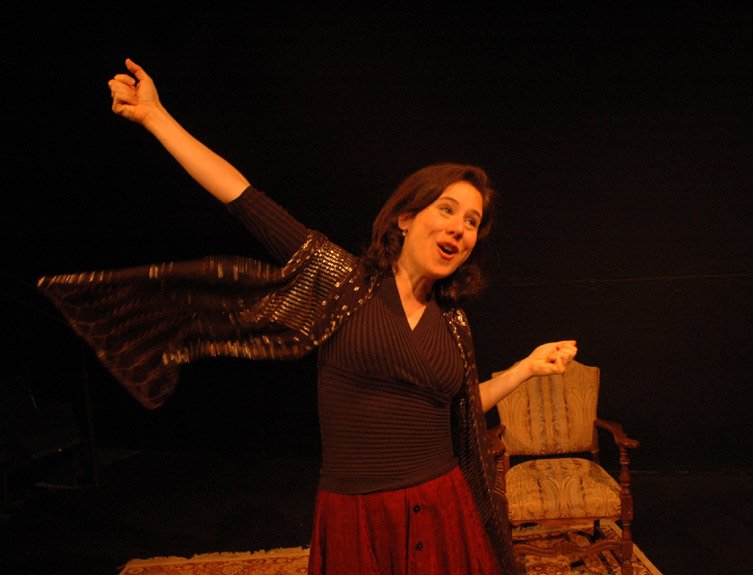 Actor-playwright Libby Skala in performance in Lilia!, where she plays her august grandmother in relation to herself as a young person inspired o become an actor. Photo by Damon Calderwood. On May 7, 2016, Libby Skala returned to the Sunnyside Reformed Church to complete her family trilogy, with Felicitas, named for the youngest sister, a nurse whose personal story is as unique as her elders’. The final play, again written and performed by Libby Skala, features music composed and performed on mandolin by Steven May.